12 September 2021
» On Tuesday 7 September, as Fr Alban moved to begin as chaplain, the abbot attended a Solemn Mass at St John’s Seminary, Wonersh, Guildford, to mark both its 130th anniversary and its closure.
» Two days later, the abbot attended a reception at Bucklebury House held by Willie Hartley Russell, the present High Sheriff of Berkshire, to whom the abbot is chaplain.
» On 11 September, the abbot and Fr Oliver attended the abbatial blessing of the new abbot of Worth Abbey. Dom Mark Barrett. 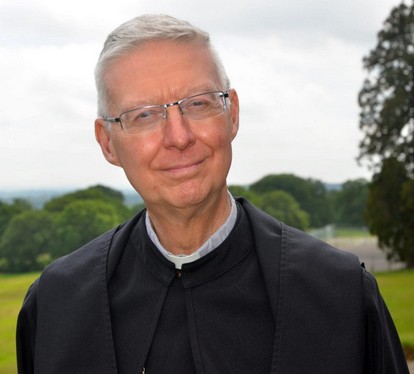