×
Go to content
Douai Abbey: The Monastery of St Edmund, King & Martyr
Published in News · 10 January 2021
» On Tuesday 5 January Dom Robert Igo (pictured below) was elected the ninth abbot of Ampleforth. For some years up to his election he has been superior at Ampleforth's foundation in Zimbabwe. The abbot and c ommunity of Douai congratulate both him and the brethren at Ampleforth on his election. 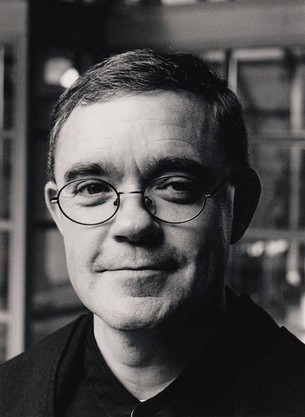 » The same day Fr Greogry Maddison left the community at Douai. HIs work in the monastery gardens is particularly appreciated, as was his running of the kitchen in recent weeks. The community wishes him Godspeed as he returns to the world, and he remains in our prayers.
» On the Solemnity of the Epiphany the resident community emerged from its festal holiday. Of course, with lockdown underway there was little substantial difference this year. Given the recent spell of freezing weather the community is celebrating Compline in the calefactory for the time being.
» No doubt remembered by many Old Dowegians, John Campbell, who taught Spanish and French in our school from 1961 until he retired, died in Reading this week, from Covid-19. May he rest in peace.