×
Go to content
Douai Abbey: The Monastery of St Edmund, King & Martyr
Published by HSK in News · 6 April 2020
Not surprisingly there has been little news this past week as the monastery, and the nation, cointinues in lockdown. On Friday 3 April, after a requiem Mass in the abbey with the resident monks but neither congregation nor his body present, Fr Louis was buried in the monastic graveyard at Douai. Employing technology ad hoc, this simple ceremony was Facetimed to some of Fr Louis' family who, for obvious reasons, could not be present. The normal Lenten divine office for the day was replaced with the office of the dead. May Fr Louis rest in peace.
** Fr Louis O'Dwyer was born in Manor Park Essex in 1935, and baptised Michael, by the parish priest, Fr Heenan, alter to become Cardinal Heenan. Educated at St Bonaventure's in east London and then Douai School. He joined the community in 1953, and pursued studies at St Benet's Hall, Oxford, Louvain and Munich. Pastorally he served in Burghfield, Ormskirk, Cheltenham and Scarisbrick, and spent a year in 2006-7 at the Maison St Benoit in Douai. At different periods he taught mathematics, physics and theology in our former school. His major interest was the philospher Heidegger, with a sub-major in the psalms. His last years saw a progressive worsening of his health until in the last few months he had to move to a care home where he received regular visits from the brethren. He died, not long after receiving the last rites, on 31 March. A full obituary will appear in the next edition of The Douai Magazine. 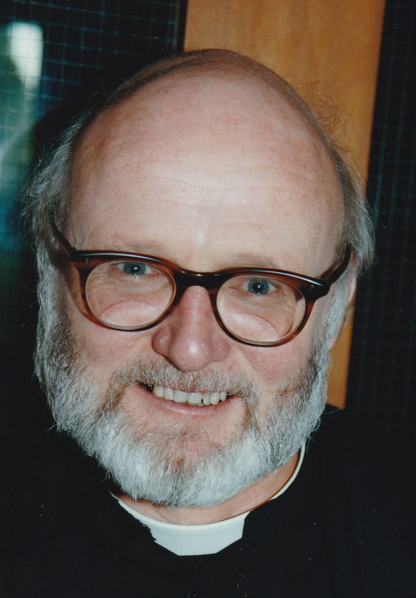