×
Go to content
Douai Abbey: The Monastery of St Edmund, King & Martyr
Published in News · 28 December 2020
» In the Octave of Christmas it is always timely to wish others a joyful and blessed Christmas, as the community at Douai does this day to our oblates, friends and visitors. Given the need to isolate after a staff member's positive Covid test (now happily turned back to negative), and due to the royal county being under Tier 4 restrictions, the resident community has held a rather private celebration of Christmas this year. The community, with Fr Gregory at the forefront, has had to cover the cooking the past week, and while the choir in the abbey church was decked with boughs of holly, there was no crib this year. Perhaps this can be seen as an encouragement to focus more intently on welcoming the Saviour into the manger of our hearts.
» The Abbot and community thank all those who have kindly sent Christmas greetings. They have decided to make an offering to a charity rather than send Christmas cards.
» There may have been no crib but there was a blast from the community's Christmas past on show this year: the community's 19th century Father Christmas cloak. This was used at old Douai in France. Its origins are mysterious, but it is obviously not mere stage costume – the red velvet is high quality and the embroidery of large bees very fine. The significance of the bees is unclear but one theory in currency in the community looks to Napoleon who had bees in his imperial coat-of-arms. Possibly the origin of this cloak lies with the aristocracy revived by the last two Bourbons, Louis XVIII and Charles X, and its house of peers in the French assembly. These would have had some sort of ceremonial costume, and perhaps this cloak is an example of a French nobleman's ceremonial cloak, with bees to echo the imperial coat-of-arms. After the 1830 Revolution and the abolition of the house of peers, this cloak could have been sold off and then acquired at auction for the benefit of old Douai. The abbot invites anyone who may have more knowledge of such things to contact him. 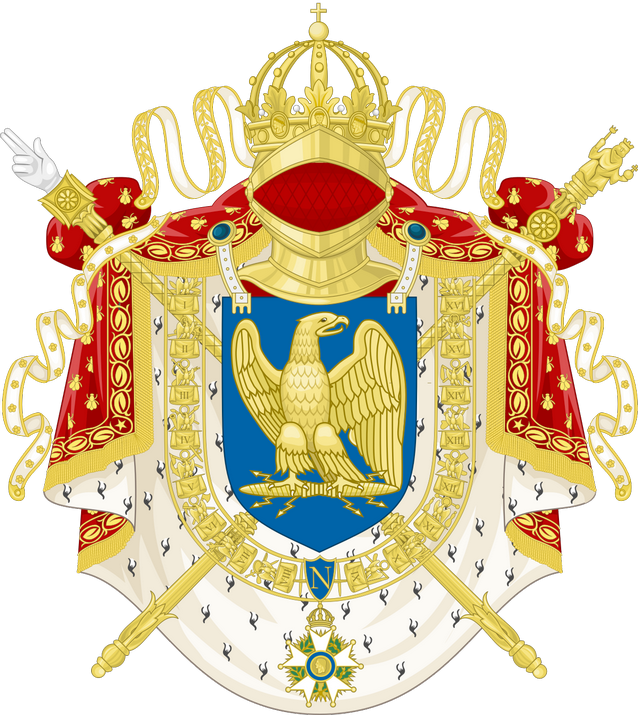